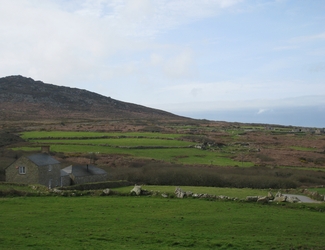 Pendeen once played an important part in Cornwall's mining history due to its numerous tin and copper mines. This part of the coast line is renowned for the many ships which have been wrecked here. The Pendeen lighthouse stands on the cliff above sandy little coves. The area around Pendeen boasts some beautiful walks, with interesting heritage sites along the way. Levant Engine House has been restored by the National Trust, and Geevor Mine, which ceased working only a few years ago, is now a Heritage Museum with guided tours both above the mine and underground.