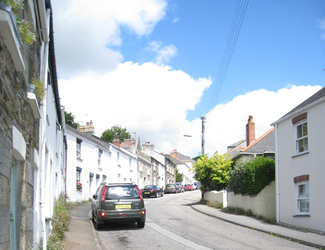 The parish of Devoran is named after the Cornish word for water, Dowr, as two rivers meet here. Devoran once had a railway to the mines and boatyards which were very busy with ships exporting and importing goods. Eventually, silt from the mines upstream built up in the port, and as tin became available much more cheaply in other parts of the world, Devoran became less and less busy until it was no longer used as a trading port. Devoran is now a commuter town between Falmouth and Truro. For more information about the local community and businesses in Devoran, please visit the website to the right.